• Moved into one of the 10 full-time coaching positions as defensive ends coach in 2018.

• Along with Defensive Tackles Coach Todd Bates, comprised a duo that was one of four finalists for 2020 FootballScoop Defensive Line Coach of the Year.

• Helped true freshman Myles Murphy make an immediate impact in 2020, helping him collect Freshman All-America status from The Athletic, ESPN, Rivals and the Football Writers Association of America and be named ACC Co-Newcomer of the Year by the AP.

• Guided a group that helped Clemson hold opponents under 300 total yards in each of the first 12 games of the season in 2019, becoming the first program to accomplish the feat in data available back to 1996.

• Helped lead Xavier Thomas to a third-team All-ACC selection in 2019.

• In his first season as an assistant coach in 2018, he helped Clemson win a national title and set a school record with 54 sacks, the third most by any FBS team since 2000. The unit led the nation in sacks and tied for the national lead in tackles for loss (136).

• Served as a defensive analyst in 2015 and 2016 and as a senior defensive analyst in 2017, helping the Tigers to a 40-4 record, three ACC championships and three College Football Playoff berths in those three seasons. In his first four years at Clemson, the Tigers faced Alabama, his alma mater, in the postseason. Clemson faced Alabama just once in the 40 years prior to his arrival at Clemson.

• Clemson has finished in the top four of the AP and coaches polls in every season since his arrival, the longest streak in Clemson history. Clemson has been ranked in the top 5 of the AP Poll in 88 of a possible 98 polls in his tenure (89.8 percent), tied with Alabama for the most in that time frame. That includes each of the last 56 polls prior the 2021 preseason poll, the second-longest streak in AP Poll history.

• His relationship with Head Coach Dabo Swinney dates to their college careers at Alabama. Both were members of the 1992 national championship team. Hall earned first-team All-SEC honors in 1992 and was a UPI Honorable Mention All-American. He was captain of Alabama’s 1993 team and was named to the Alabama All-Decade team for the 1990s.

• The Alabama native led the 1992 Crimson Tide national championship team in tackles (70), including eight tackles for loss and five sacks. He added 76 tackles as a senior in 1993. He was named first-team All-SEC by the coaches in both seasons.

• Alabama had a 40-9-1 record during his four seasons and played four bowl games. The Crimson Tide won three of those bowl games, including a 34-13 victory over Miami (Fla.) in the Sugar Bowl at the end of the 1992 season that gave Alabama the national championship.

• Drafted by the Houston Oilers and played in the NFL for nine seasons and 101 games from 1994-02. His top year came in 2001 when he had 62 tackles for the Vikings, tied for fifth on the team. He started 13 games and played all 16 games that year, helping the Vikings to the second round of the playoffs.

• Upon his retirement as a player, began his career as a volunteer coach at Centennial High School in Franklin, Tenn. He then did an internship with the Tennessee Titans through the NFL Diversity Coaching Fellowship. In this role, he observed NFL coaches and worked with them to evaluate players.

• Worked as a recruiting coordinator and professional performance director at D1 Sports Training & Therapy. He coached football and served as the strength & conditioning coach at Christ Presbyterian Academy before moving on to his career at The Ensworth School.

• Came to Clemson prior to the 2015 season after seven years as linebackers coach and fitness instructor at The Ensworth School.

• Attended Valley (Ala.) High School, where he played quarterback and defensive back. As a senior, he totaled 1,110 rushing yards and 20 touchdowns. He also had 20 interceptions on the way to winning all-state honors. 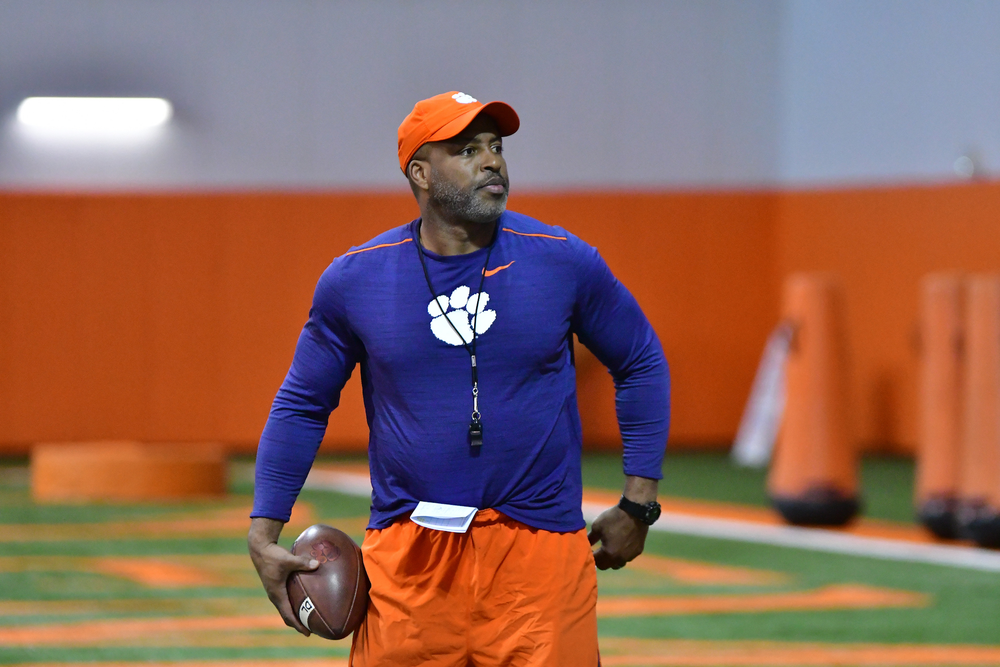 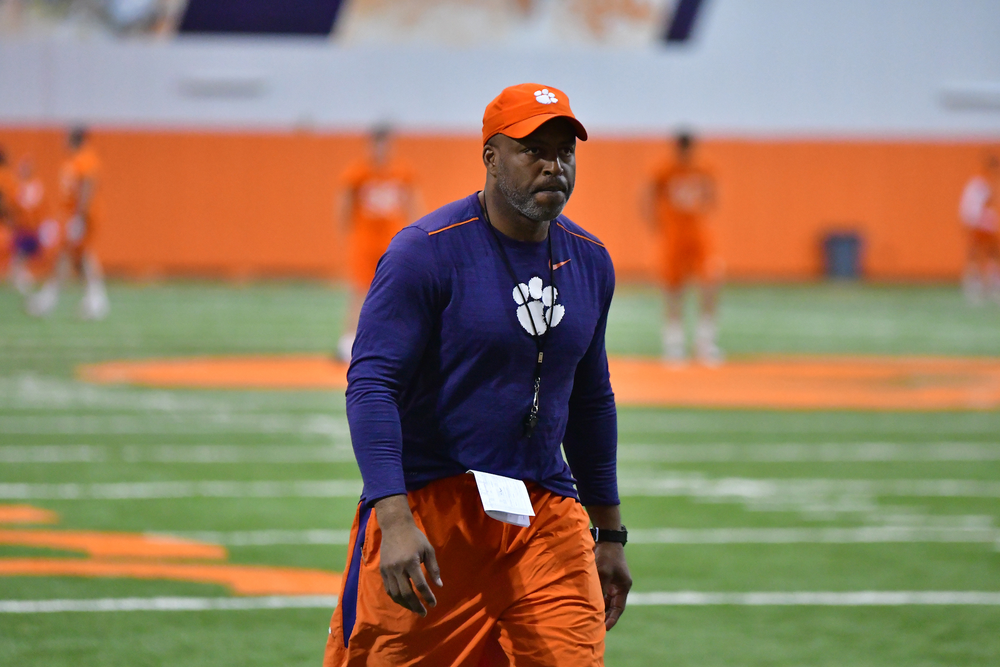 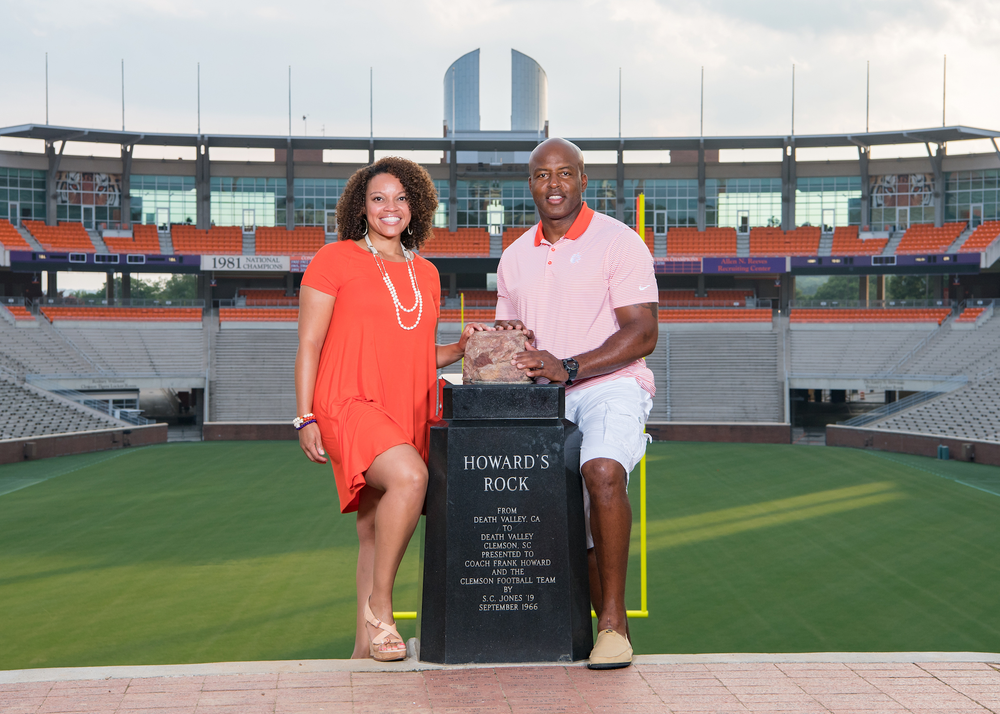 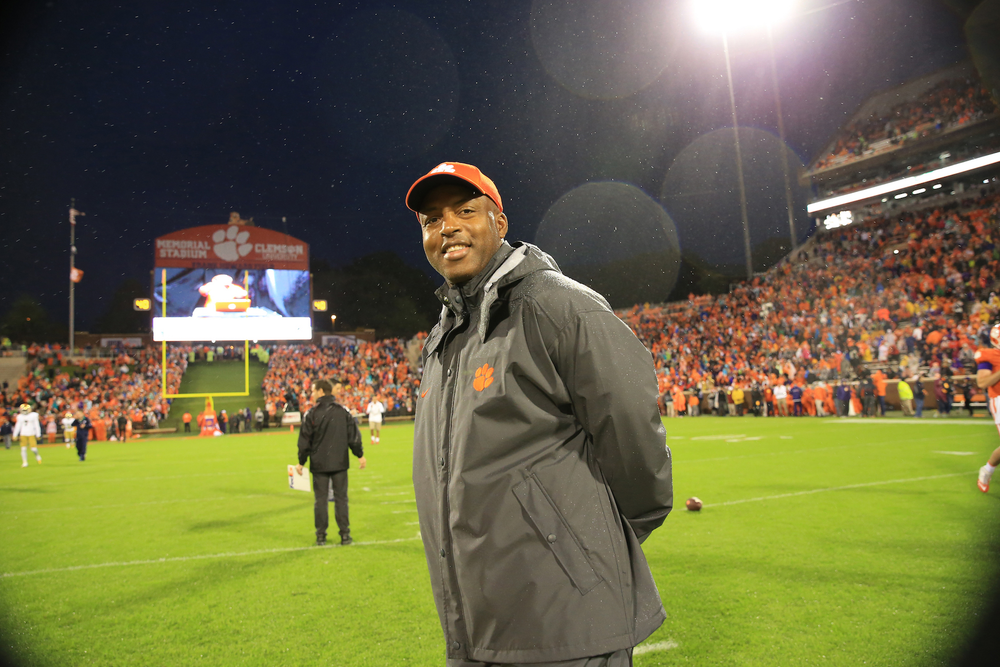