• In eight years on staff, he has helped the Tigers to a 100-12 record and four national championship game appearances, including national titles in 2016 and 2018.

• Shared 2019 FootballScoop Defensive Backs Coach of the Year honors with Safeties Coach Mickey Conn, as Reed’s corners helped Clemson finish third in the nation in scoring defense (13.5 points per game) and fourth in the nation in total defense (288.3 yards per game) in 2019, ranking second in opponent passer rating (105.37) and fourth in the country in passing yards allowed per game (172.3).

• Produced two All-ACC selections in 2019, as A.J. Terrell earned a first-team selection, while Derion Kendrick earned a second-team selection after transitioning to the position only six months prior to the season.

• Placed both 2018 starting corners on the All-ACC team, including Trayvon Mullen’s second-team selection and Terrell’s third-team nod. Helped both play major roles in Clemson’s 44-16 National Championship Game win, as Terrell opened the scoring on a pick-six, and Mullen earned Defensive MVP honors with six tackles, an interception, a sack and a caused fumble.

• Contributed to Clemson’s 2018 defense leading the nation in scoring defense (13.1 points per game) for the first time in school history.

• His cornerbacks helped Clemson rank fifth in the nation in pass efficiency defense (106.9) in 2017.

• His defensive backs contributed to the 2015 Tigers ranking fourth in the nation in third-down defense.

• Helped the 2014 squad lead the nation in total defense (260.8), while also ranking in the top five in many other statistical categories. Coached first-team All-ACC cornerback Garry Peters that season.

• His defensive backs combined for 15 interceptions in 2013. Bashaud Breeland, who had a team-tying-high four interceptions and 74 tackles, was a second-team All-ACC selection and a fourth-round draft pick.

• His defensive backs helped Clemson finish 10th in the nation in turnovers forced (30) in 2013.

• Helped the Wolfpack to four bowl games in his six years with the program. That includes 2012, when NC State beat a top-five Florida State team and played Vanderbilt in the Music City Bowl.

• Three times in his last five years in Raleigh, NC State finished in the top 20 in the nation in interceptions.

• Played three seasons for Tom Coughlin, who went on to win two Super Bowl championships with the New York Giants, and his senior year for Dan Henning, who also went on to coach in the NFL.

• Was the last selection of the 1995 NFL Draft by the Carolina Panthers and played two seasons (1995,96) for that team, including the 1995 team that played its home games at Memorial Stadium. He also played for the NFL Europe team in Frankfurt and was team captain of the 1999 team that won the World Bowl. 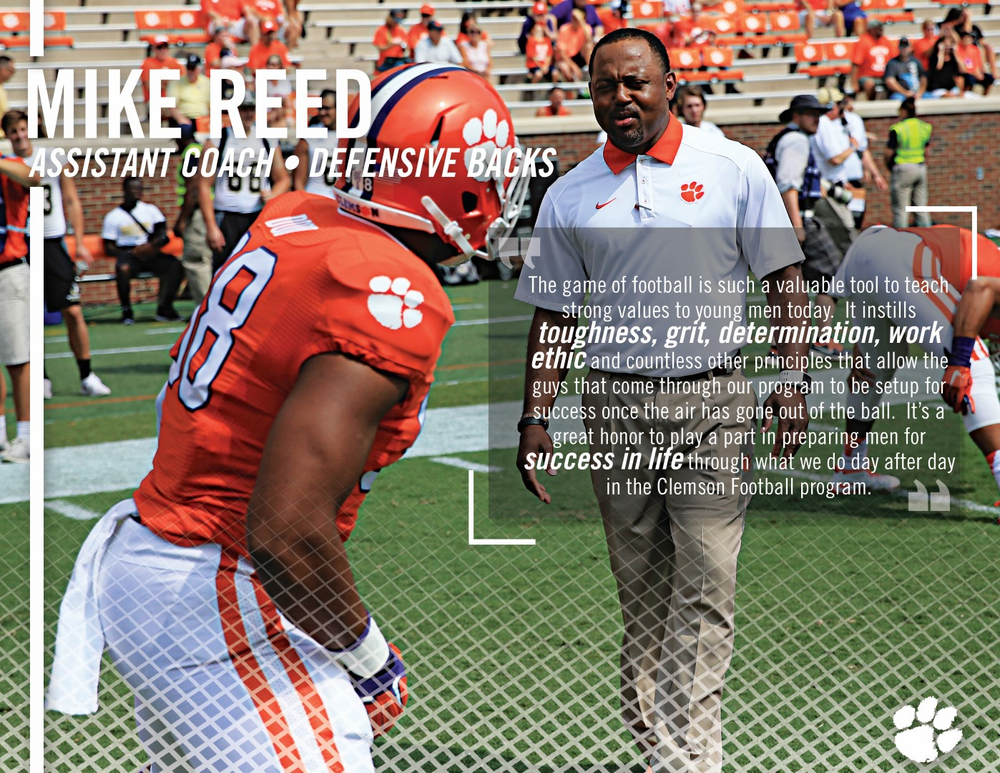 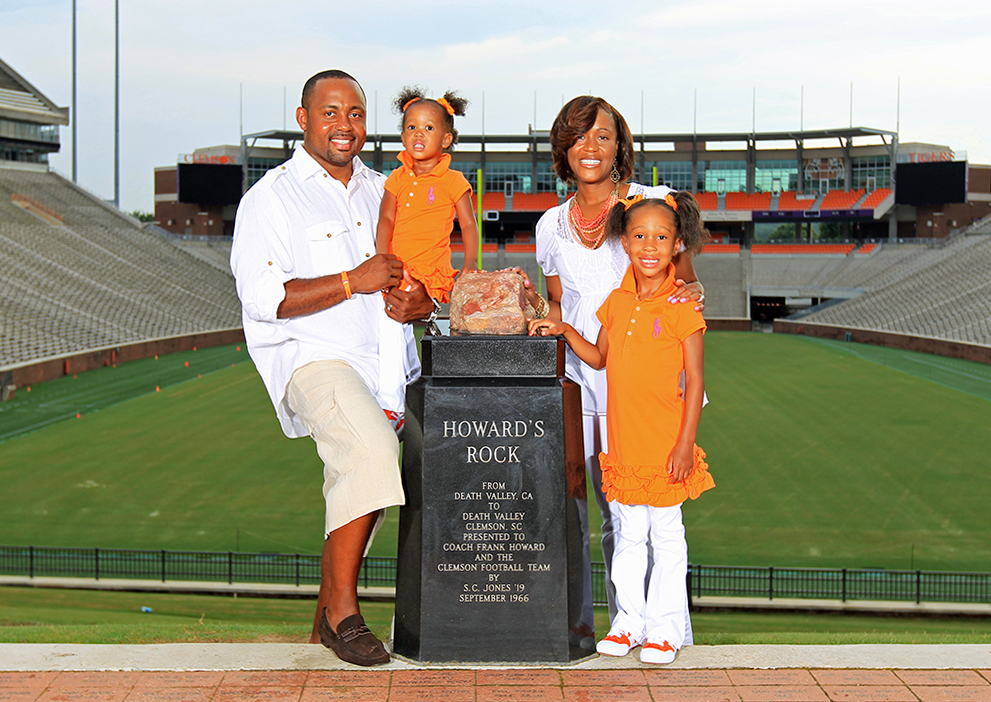 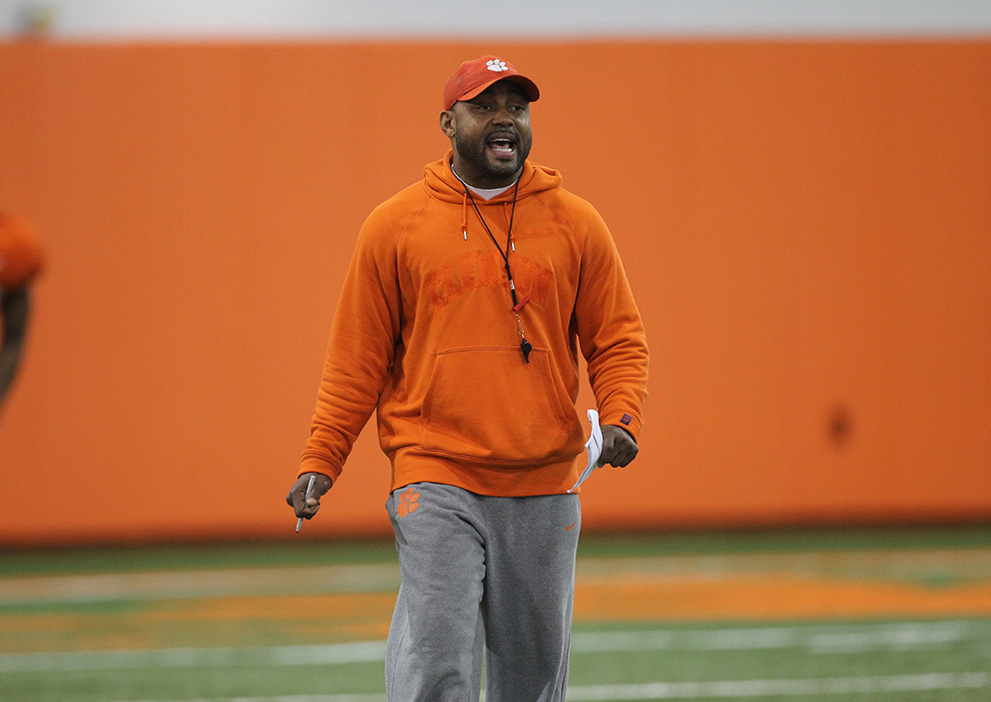 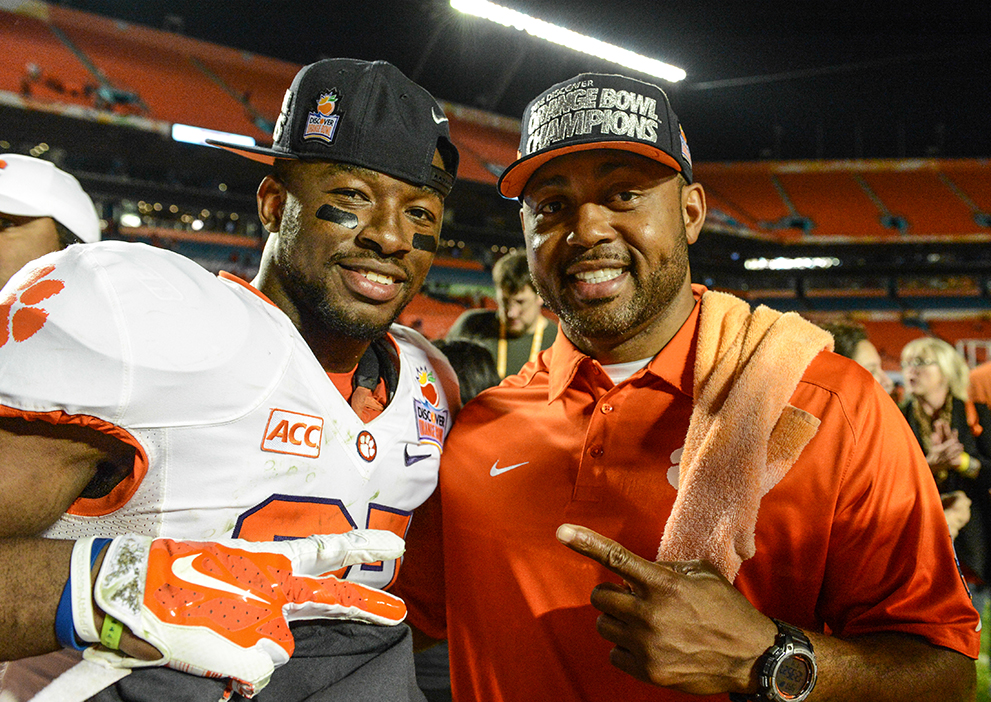